Nor’west Arch provide professional websites that are excellent value for money with speedy project completion times that include ongoing support. We will deliver you a beautiful, responsive and very functional website that will grow with your business.

We are real people who won’t try to baffle you with techno jargon and we are genuinely intererested in your business. We strive to understand exactly what makes your business tick in order to create your spectacular new online presence that will actually work! Our process and completion times are swift so get in touch with us now and see how easy it can be. 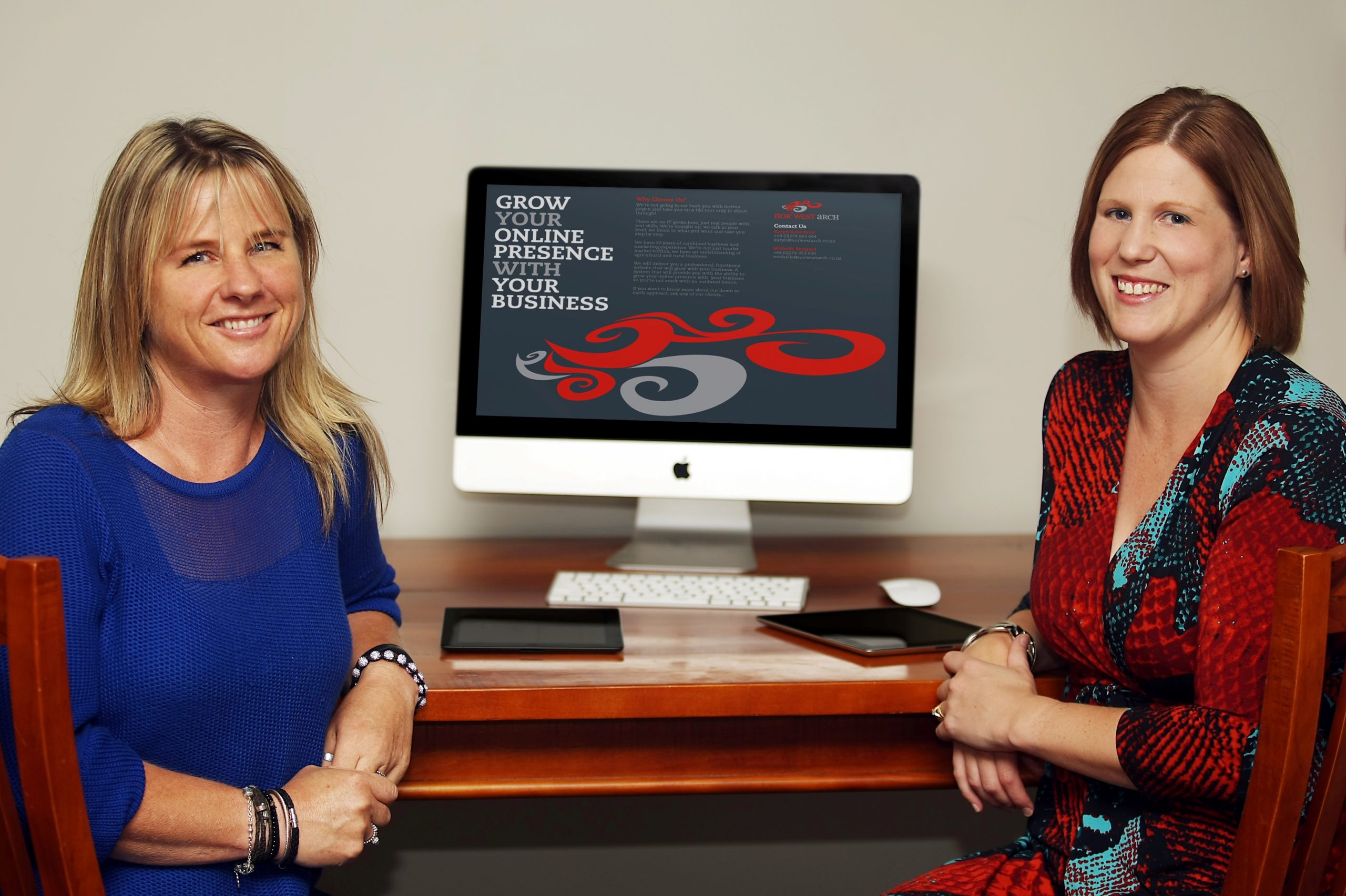 Karyn developed Nor’west Arch in 2007, to allow her to utilise her business and marketing experience from home, while pursuing her ultimate love of skiing. After a few seasons at Mt Hutt, Karyn opened her first business, Methven Sports Massage Clinic, where she skied during the day, and ran the clinic in the evenings. A few years later she accepted the opportunity to become the marketing manager for Mt Hutt Ski Area, a position that would incorporate her knowledge of marketing with her passion for skiing. She placed a manager in the massage business, and later sold the business.

Her marketing position at Mt Hutt also encompassed racing and events, and Karyn is the organiser behind many popular Methven gatherings, such as the Methven Big Air and The Peak to Pub Multisport Event and The Methven Scarecrow Trail.  Karyn continued to look after the race and events for Mt Hutt Ski Area and became HOD for the Race and Events Dept following the marketing role. Around 2005, she accepted a position at Mt Hutt Helicopters as their Marketing and Business Development Manager where she remained for 2 years before the birth of Nor’west Arch.

She also has a very practical side (in good Kiwi style) and has worked on farms, driven tractors, baled hay and operated heavy machinery including dump trucks during summer months or whenever finances demanded!

Another role for Karyn is a volunteer role as national coordinator for avalanche dogs with Land SAR Search Dogs and as part of that position; is involved in the sponsorship, organisation of training of handlers and their dogs as well as liaising with other SAR groups and the NZ Police Dog Section.

Michelle joined Nor’west Arch to assist with building and maintaining client websites. She is well known amongst the Methven Community and tourism industry through her dedication to the Methven Mt Hutt Guide , and from her previous roles with the Mt Hutt Marketing Group and as General Manager of Ashburton District Tourism.

Over the last twenty years Michelle has developed a strong understanding and knowledge of the local tourism industry and her website development and tourism marketing skills are a fantastic asset to Nor’west Arch.

Michelle and her husband Millan own and operate Methven Contracting (an agricultural contracting company specialising in Drilling) and are shareholders of Methven Harvesting so she also understands the financial restraints of operating a small business and strongly believes that marketing one doesn’t have to be an overwhelming or complicated process.

Michelle commits 100% to everything she does and is super organised, allowing her to juggle her work and community commitments with her wonderful family.